Altaro released the version 7.6 of Altaro VM Backup product with some great new features. The product is now GA so let’s take a look at these new features:

One of the great thing is that Altaro supports both Microsoft Hyper-V and VMware vSphere environments, so it’s very easy to manage both environments. You can use Altaro Backup and replication on Hyper-V and ESXi. Let’s describe the new features:

With Altaro VM Backup 7.6, users can switch from running daily backups to a continuous data protection model yielding an improved Recovery Point Objective (RPO) of up to 5 minutes.

When CDP is enabled, VMs can be backed up as frequently as every 5 minutes or the maximum frequency permitted by the backup location and environment. This ensures that in a data loss scenario only a few minutes of data would be lost.

Note that CDP is currently only available for Hyper-V

Altaro VM Backup 7.6 introduces GFS, enabling users to choose to archive the backup versions over and above their continuous and daily backups instead of deleting them (local backups only).

Now you can easily set up separate backup cycles to store a new backup version every week, every month and every year.

CBT refers to Change Block Tracking and allows users to take fast incremental backups without having to scan the entire virtual machine (VM) for changes each time. When CBT is not available, a lengthy full scan for changes is required.

This release addresses an issue in Altaro VM Backup 7 CBT for Windows Server 2012 and 2012 R2 where CBT is disabled and a full scan for changes is required in the following scenarios:

Altaro VM Backup 7.6 addresses this and the above scenarios do not require that a full scan is taken.

In previous Altaro VM Backup Versions only one operation could be performed on a Virtual Machine at the same time. This new release allows users to restore and take Offsite Copies without delaying any scheduled or CDP backups whether scheduled or CDP.

If you already have a previous version of Altaro VM Backup installed on your system, you must uninstall it and install the latest version.

Note: Even though it requires one to uninstall the earlier build and install the latest, all previous configuration and backup history will still be kept!

Below are the supported Hypervisors for Altaro VM Backup: 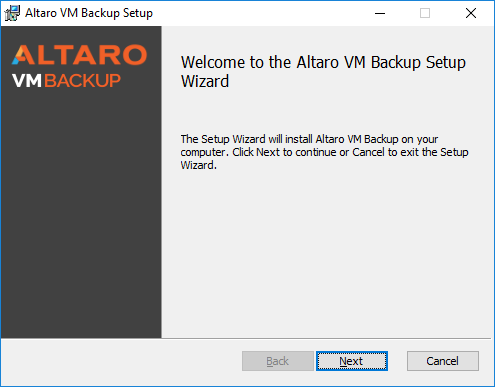 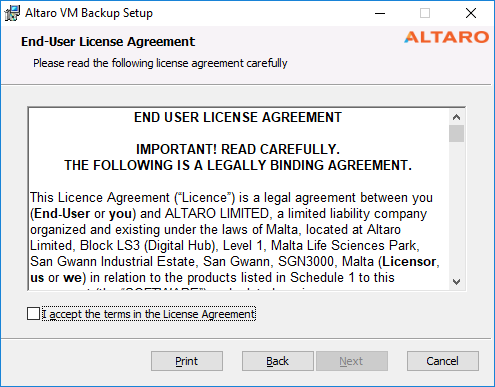 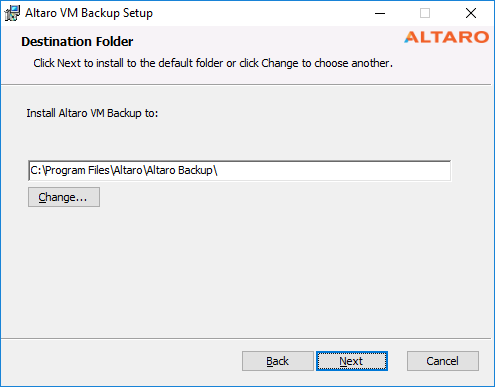 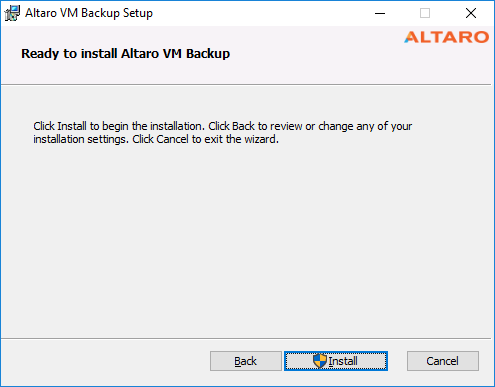 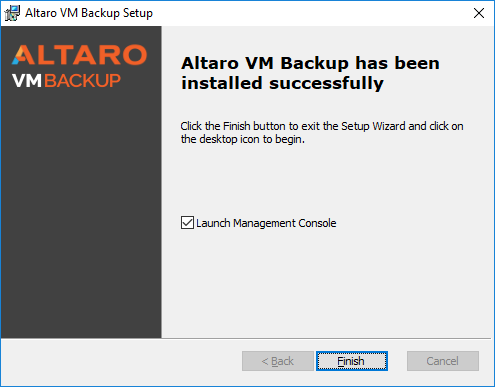 And that’s all! Altaro VM Backup is installed. Then you can run the great Altaro console. The console is very intuitive and very responsiveness which is great. So when you run the Altaro console, you can add your Hypervisor (Hyper-V or ESXi or your vCenter), then you can select where to store your backups and take your first backup!

You don’t need to configure more settings if you want to test Altaro. As you can see, you can very quickly implement Altaro VM Backup v7.6 and very easily, even if you don’t have strong backup skills. I advise you to read the following article to learn more about how to configure Altaro VM Backup: https://get-cmd.com/?p=3282

Altaro VM Backup is a great software and I never noticed strange bugs or behaviors, so Altaro is really a great product. Altaro is a strong competitor on the Backup market and especially for Veeam. Altaro continues its development, so if I could advise one interesting feature to implement in the next release, it should be a backup of physical devices. Veeam has recently released the Veeam Endpoint Backup product in order to backup physical machine so I think it could be great to be able to backup physical endpoint with Altaro.

If you want to try Altaro VM Backup, you can download a fully functional 30-day trial of Altaro VM Backup (Unlimited Plus Edition), or download the Free Edition for micro businesses for up to 2 VMs per host from the following link: https://www.altaro.com/vm-backup/download.php